Meet the 2018 Community Experts–our cohort of 25 scholars, who are dedicated to changing the culture of research in the Bronx! 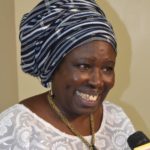 Ramatu Ahmed lived and worked in the Highbridge section of the Bronx for over 18 years, and holds a diploma from the Pan African Institute for Development in Cameroon, Africa and a certification in Entrepreneurship from Ahmadabad, India. She is passionate about promoting human dignity, particularly for women and children. Ramatu applied to be a part of CERA because she needs research skills to help her gather and analyze data in the community. Her wish for the health of the Bronx is to have the residents achieve and improved living standards.

Phillip Arnold has been a Bronxite since 1970. He boasts proudly of having been raised in and by the Highbridge Community, in the Bronx. Living through the transition of what he calls “best to worst” communities in the Bronx, serves as the backdrop for his 25 years plus tenure as a Community Organizer. As a child, teen, adult, son and parent of Highbridge, Philip points to the overwhelming decline of nurturing, caring, and developing programs and services in the community as his purpose for service towards creating programs which inspire and provide a platform for positive and healthy lifestyles for community residents, especially in Black and Brown communities. With Health Equity and Racial Justice now being the focus of a multitude of stakeholders, Philip looks to continue his growth, leadership, and service, as a result of, and by way of, his real-life first-hand experiences in the Bronx. 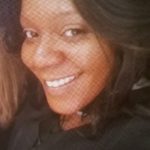 Tanya Barnes is a Bronx patient, caregiver, and resident. They identify as a black, African-American woman and have lived and worked in different parts of the Bronx for 34 years. She is a single mom, and a graduate with a B.A. She is a health professional and loves education. She is passionate about learning, healthy living, family, and community. She applied to be a part of CERA to take what she has learned at CERA and share it with her family and community. 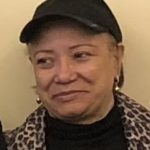 Carmen Benitez is a long time Bronx patient and caregiver. She is a retired nurse, a member of the Lincoln Center for Clinical and Community Research, and an invaluable BxCRRB and CERA 2017 steering committee member. 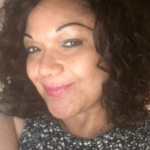 Janine Brewton has lived, worked, and been a patient and a caregiver in the Morrisania section of The Bronx for over 50 years. She has worked with NYCDOHMH for over 25 years as a Senior Public Health Advisor initially for TB Surveillance and is currently working with the Bureau of HIV. Janine is passionate about reading, listening to music, walking in nature, and visiting museums. She applied to CERA to further her knowledge of research and to, therefore, teach her community about making the Bronx not to remain #62. Her wish is to change the Bronx’s current health ranking from 62 out of 62 to a single digit ranking. Janine also wants others to dismiss the stigmas of our beautiful Bronx as being unhealthy, crime-riddled, and that we are and will remain the strongest borough in New York City!!!!! 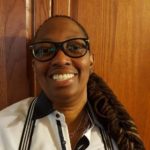 Rena’ Brown is a Bronx, caregiver, and patient and works as a social worker, Director of Education, and Co-Founder of two non-profits. Rena’ holds two Master’s degrees from Fordham University. She identifies as African American, with Bahamian Ancestry. She has resided in the Bronx for more than 30 years, and will have the opportunity to serve Bronx residents as the Director of Education at Neighborhood Benches and a social worker at Volunteers of America, both based in the Bronx. She applied to be a part of CERA to learn as much as possible about research and the reasons that research is conducted, what happens with the information that’s gathered, and what if any changes are made once the research indicates changes should be made. She looks forward to using what she’s learned in CERA to make her better informed as to research in the Bronx, the benefits and/or detriments that may result from research studies, and what can be done to implement positive changes as a result of research. 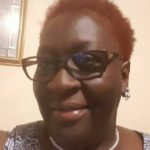 Roma is a 38-year Bronx resident, patient, and caregiver. She is Dr. Guishard’s older sister and other-mother. Roma attended the University of the Virgin Islands for two and a half years where she would go on to work as a junior accountant in a home for the aged while attending business school in New York. Roma also worked for Sears Holdings for over 30 years in several capacities including Human Resources, payroll manager, project manager, assistant store manager in several categories (Hardline and Operations), and store manager. 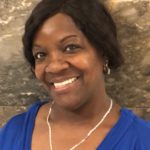 Stephanie Collins is a Bronx resident, patient, and survivor. She worked ever so diligently to recuperate from a debilitating accident. Stephanie credits her family, personal motivation, and her faith as integral to her perseverance/wellness. She applied to be a part of CERA to share her perspectives and experiences and to learn from other Bronx patients. 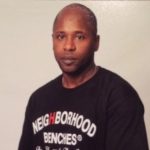 William M. Evans is a Bronx resident, patient, and caregiver (for his family, students, and self). William’s gender pronouns are he/him/his. William identifies as a Black male and has lived and worked in the South Bronx (16th poorest Congressional District) for 40 years. William commits much of his time advocating for youths and impacted communities to increase awareness and build community. 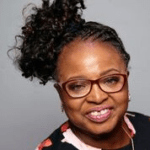 She has lived in Co-Op City section of the Bx for 19 years. What do you want us to know about your schooling, profession: She has a Ph.D. in Psychology Counseling Specialty. She has worked for the New York City Department of Health and Mental Hygiene for 22 years, she is currently the Director of Outreach and Training for the Bureau of Sexually Transmitted I reactions, and an Adjunct Professor at The Borough of Manhattan Community College (BMCC). 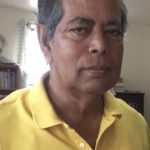 Muhmmad Hassan is a Bronx patient, caregiver, resident, They identify as Bangladesh and has worked in Morrisania part of the Bx for 15 years/months. Muhmmad earned his undergraduate degree from the University of Dacca, Bangladesh in 1984. After becoming a Citizen 1998 and since 2003 he has resided in the Bronx and has experienced a lot of health inequalities–firsthand including diabetes, high blood pressure, arthritis, and heart disease. Mr. Hassan applied to be a part of CERA because he wanted to use what he could learn and his experiences accumulated from CERA classes to improve Bronx residents life. 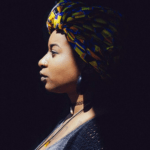 Krystal is queer, a woman of Color, and a student of Metropolitan College of New York with a Major in Human Services. She is interested in healthcare accessibility regardless of socioeconomic status, and the wellness and rights of LGBTQ communities. Ms. Johnson will use what she learned in CERA 2018 to rethink social inequities, privacy, and agreements to confidentiality in research. 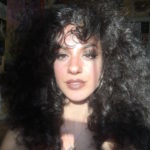 Annie Legnini is a 24-year-old artist born and raised in the Bronx. She graduated from Fordham University in 2016 with a BA in Visual Arts and Women’s Studies. Annie is the creator of Bronx Faces – a collaborative community art project that pairs the stories and experiences of Bronx natives with a mixed media painted portrait. 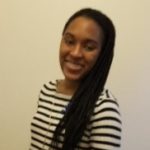 Brittany Palmer is a Bronx patient, caregiver, and resident. She identifies herself as she/her as well as African American. Brittany has lived and worked in the Northern part of the Bronx for 6 years. She has been pursuing a degree in the field of psychology and works as a teacher’s assistant at a Christian school. Research and the health of individuals have always been an interest of hers ever since she was a little girl and still has greater interest as research propels her to investigate the unknown, even to this day. 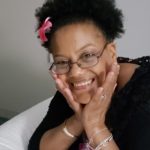 Yvette Pickett is a Bronx patient, caregiver resident. She is female and identifies as African American. Yvette has lived in the Bronx for 40 plus years. She is working in the healthcare field and has noticed a need for patient empowerment and quality health care reform. Yvette is passionate about equality for people of color she applied to be part of CERA because she wanted a platform where she could be part of the solution. Yvette will use what she has learned in CERA to build, encourage, and inform my neighbors about the resources available to improve the quality of life. 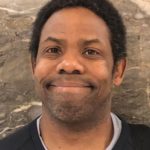 Darrell W. Pressley is a Bronx patient, caregiver, and resident. He identifies as African American lives in the Gun hill, Bruckner Boulevard area for 20 years. Darrell Graduated from Cheyney University. He is passionate about coaching football, powerlifting, and teaching. Darrell applied to CERA to learn about the community and health services. Darrell will use what he learned in CERA to further his own knowledge to help those in his community. 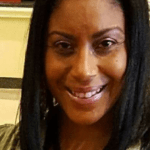 Gloria E. Rivera is a Bronx patient, caregiver, and resident of the Morrisania section for 37 years. Her gender pronouns are she/her. Gloria is passionate about Public Health and Elder Care, with over ten years of working experience with Home Care Hospice and Public Health. She has worked with diverse populations within urban communities, building strong relationships with healthcare professionals and consumers. A graduate student from Brooklyn College with a Master’s Degree of Arts in Community Health. A member Capracare health care committee a nonprofit organization based in NYC and Haiti which provides public/health care services in Haiti. Former 2nd Vice president of the National Conference of Puerto Rican Women NYC chapter. I applied to be a part of CERA because while working in Home Care/Hospice I learned how some communities have a lack of knowledge about advance directives, access to elder law and health care services. As a Bronx patient, I experienced health inequities such as being misdiagnosed at a local urgent care facility. It is my intention to use what I have learned in CERA to be an advocate in my community for those who are lacking inadequate health services. And to ensure that Bronxites’ rights are respected when engaging in participatory research. 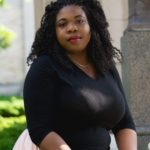 Mac Annie is a Bronx patient, caregiver, and resident. Mac Annie Telemaque is a 24-year-old woman who hails from the nature island of the Caribbean, Dominica. Presently she attends the Lehman College and is expected to graduate in June 2019 with a Bachelor’s of science degree in Chemistry with a concentration in Biochemistry and philosophy. Mac Annie Is a zealous young woman who holds a a special interest in the human brain and its functionality; thus, her goal is to one day become a neurologist. She dreams of returning to Dominica to contribute to the development of the medical sector. 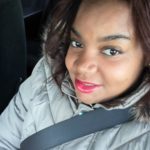 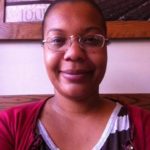 Jewel Webber is a Bronx resident, a photographer, and small business owner. She is aware of the many changes in her community and wants to have a say, by taking part in developing solutions. She graduated from Bronx Community College. Jewel is passionate about her family and nature. She applied to be a part of CERA because she is committed to lifelong learning. Jewel will use what she learned in the academy to become a better advocate. 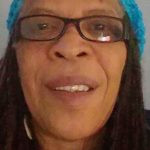 Junie Webber is an Antiguan Native who has lived in the Bronx for over 30 years. She is a Bronx patient and has a deep desire to understand what is going on in the Bronx community. Junie is Jewel’s mother.

has lived in the Bronx for 20 plus years. she moved her from Jamaica. She currently attends Bronx Community College. She has worked in the psychiatric field for 3 and a half years. Her years working there has made a large impacted on her life in a positive way by learning how to help people with different backgrounds and from different communities. 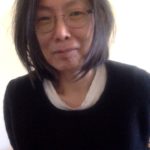